I WOULD LOVE TO SEE YOUR PAGES IF YOU ARE WILLING TO SHARE.

It is always an honor to be a part of your journaling adventure. You can either submit a page here or follow me on Instagram and use hashtag
#MEJNATION to share your page. 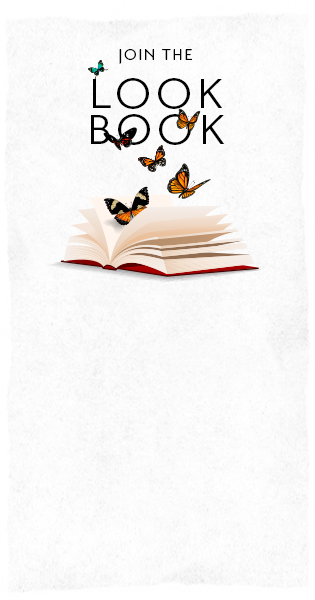 The form has been

WHERE YOUR CREATIVE GENIUS SHOPS

Funny how inspiration can come from anywhere. I'd say that my "alien language" design is the purest and most original idea that has ever come to me, and I would love to share with you how it felt to receive such a gift from the Muses...

I awoke to the view of the moon setting over the mountain peaks to the west, while my eastern sky slightly hinted the break of a starry dawn; a slit, a split, a squinting rim of pale blue, glowing and outlining the rocky ridge. During that brief and delicate moment, the mystery of night died with this fine line, cleaving the seamless blend of terrestrial and celestial synthesis. It made gravity pull my thought more toward earthly matters, and my coffee brewed as the distant stars lost their glimmer by the overpowering, sanguine veracity of the Sun.

Like the earmark of a courtroom's gavel, the sonic echo that my mug made when set upon my studio table resonated a command in the room...

"Ah," I exhausted the caffeinated fumes and cited the verdict, "Create...and be creative!"

I began to swim in an idea that sparked in that second coffee-mug gaveling, and my hands grasped invisible fibers hanging from muses, lofting, looming, and listlessly lingering above me. "Yes," I reined in the ethereal gossamers that possessed the tensile strength of beasts, pulled them close to my heart and fastened them with the locking synapses of my brain. The flash placed an energy within the forefront of my mind and thus made itself accessible to some artistic hands, which are the most extensive and most capillary tools an energy in search of reflection can hope to reach.

I was connected; the aliens of Bloopety-Bloop-Bloop have spoken.

I started to elaborate on the first curved line, and my eyes assured me that this is how aliens write! This is their language in written form, with structure, pronunciation, verb conjugations, punctuation, grammar and spelling. I drew more lines and circles, curves and dots, and with each elaboration, I knew that this alien expression of an idea was something detailed. Something exquisitely passionate like an unedited love letter; yet sifted and refined for the sake of beauty, efficiency and purity.

I then was thinking about all the things for which we use our written language and the importance of them.

Diagrams with numerical values, EKGs, X-rays, and clocks are all things that we read and interpret. I wondered about the alien parallel, how might a flight plan look like, how a heartbeat on a scanner would appear, or what about a war strategy? How do they tell time; what about their calendars; and what of an ultrasound of the beginnings of an alien conception and cell multiplication? All these things can be explained through the written language of the alien, and I intend to...write...about each one of these and any other thing worth...reading!

While I create these pieces,

I feel like I'm pulling from depths of myself which may very well be as deep as space and as wise as time. When these ideas come to surface and find themselves in lines and circles on the metal, I feel they are perfectly immaculate because they have passed through gates and labyrinths of a homo-sapien, unscathed. They have survived human schisms like hunger, distraction, resistance, worry, uncertainty, fear, indecisiveness, and even over-confidence...all things with the power to taint a process.

But these dots and curves are evidence to me that it is possible to let an idea channel through me; my body is just the vessel, my skills are the sails, and the finished piece is the palpable terminus, when the work exists and then is out of my hands.